Have you ever thought about the sex differences of weed? Or did you ever try to know?
Well, this article will help you to give all the information about Sexing marijuana.

The Importance of Marijuana Gender

In marijuana plants, only female marijuana produces buds; therefore, there is a high requirement of weed plants more than a male plant to produce a vast number of buds. So, it essential to find out the way of sexing marijuana to grow more females than males. The daily statistics of weed are 50% male and 50% female, which means that 50% of the weeds are waste and the other 50%, which are female plants has a huge consideration.

One of the ways to grow female weed is to plant the feminized seed. It is found that planting female seeds always grow female marijuana. These seeds are easily available on the seed banks.

There are a few things that you need to understand before understanding the procedure of sexing marijuana.

If you have planted mixed seeds, for example, Lil Sebastian strain with another one, then you can only be able to figure out its sex difference when it reaches the flowering stage, which starts after the completion of vegetation growth. It differs with many strains, but you will usually see tell-tale pre-flowers once your weed becomes six weeks old.

Male pre-flowers have a shape similar to that of the Spade on the playing card, whereas female pre-flowers are longer and shaped like a flickering flame. If you are confused about your diagnosis, then you can easily understand by turning the light from 12 am-12 pm. During this period, the flowering will start as females will release some little white hairs or pistils, while the male plants will produce pollen sacs.

Female plants reveal leisurely than male plants. However, you can still easily find out the female by recognizing it from its white hairs or pistils. Just before the development of tell-tale pollen balls, male plants start producing the green shoot in the same area.

Well, up till now, we have just shadowed upon the basics of man and female plant indicators. Now, we are going to intensely discuss the growth indicators of both genders of Marijuana.

It is crucial to see if female marijuana has begun to grow white hairs or pistils before its sexing. These white hairs usually come where stem links to the single branches or nodes. As shown in the picture, if you see that your plant is growing hair in the same way, then it means you have female marijuana.

Male marijuana contains a grape shape ball filled with pollen, and the balls come after a maximum of two weeks of flowering. However, if these male plants grow consistently, then it will reach the stage when the pollen-filled ball will burst out and fill everywhere.

How a cannabis plant becomes Hermaphrodite?

A process when the female plant builds the organ of male and female is called Hermaphrodite.  Therefore, hermaphrodite can cause marijuana plants to develop pollen which can make your whole garden harming out. Harming out is a term that is used when plants get overstressed.

If you have an interest in pollinating portions of your crop, then keep your male cannabis plants away from the garden and then work with that pollen. The reason is that pollens are very good at traveling and high potential.

Best Inner Thigh Exercises To Do At Home 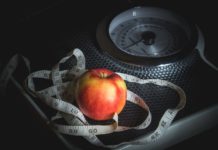 New To Weight Loss? Top Tips To Make It Fun

What Are The Advantages Of Having A Modular Kitchen?

whoopzz - March 29, 2020
0
The term modular kitchen is used for the well-designed modern kitchen. Cooking is one of the essential areas in the house that gets attention... 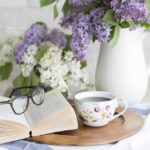 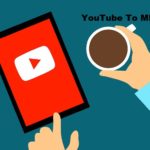 whoopzz - March 24, 2020
0
Top Features of YoutubeMp3 Converter Who does not want to listen to music? Everyone uses YouTube because everyone who... 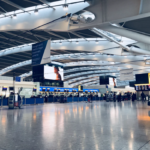 The Largest Airports in England

whoopzz - March 16, 2020
0
What is the main feature of English airports? The United Kingdom is an island state; so it’s pretty natural... 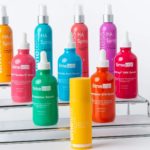 These 3 Skin Serums Are All You Need for Spring